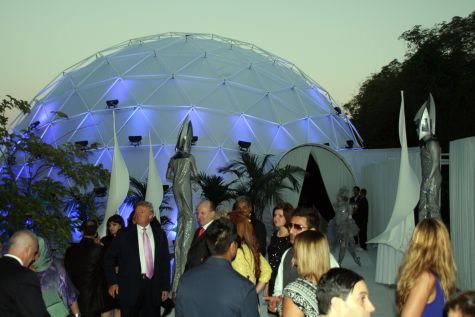 On August 23, 2008, Chuck's Parking Service provided valet parking and shuttling for the second stop in a worldwide tour celebrating the launch of Trump International Hotel & Tower Dubai. Donald Trump (pictured wearing a purple tie) and his business partner, real estate developer Nakheel, provided the 800 attendees with a feel for the new property and the city in which it is located without having to travel to Dubai to see it. The event included a performance by Christina Aguilera and included such celebrities as Wayne Gretzky, Hillary Swank, Adrian Grenier and Jim Belushi.