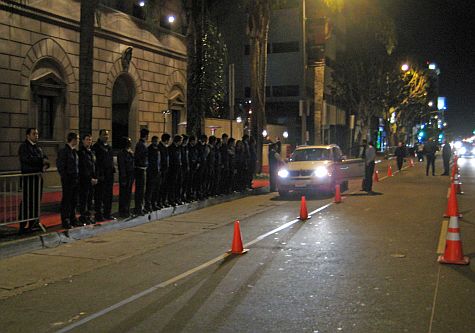 On December 2, 2007, Chuck's Parking Service provided the valet parking for 1,000 guests for the after party of the CBS Television special, Movies Rock. The party was held at a Hollywood club called Boulevard 3 and included such celebrities as Jennifer Lopez, Usher, Tony Bennett and Beyonce to name a few. We coordinated a general reception valet area as well as a side VIP valet entrance. Additionally, Chuck's Parking worked in conjunction with the City of Los Angeles to have 2 lanes on Sunset Blvd. to be blocked off and have uniformed police officers for a safe guest arrival and departure.